After reading, you can write 1. A Kind-hearted Boy Story 2. A Dutiful Boy/ the boy with a kind heart Story

Story on A Kind-hearted Boy

A Kind-hearted Boy Story: A Kindhearted Boy Story: Once a schoolboy named Amzad Hossen was going home after completing his class. When the boy was crossing the road, he saw an old woman lying on the main road. She was senseless. There was nobody around her for help. The road was a busy one and speedy buses and trucks were plying on the road. So, the boy with the help of a passer-by brought the woman on the footpath. Then he called a rickshaw and took the woman to a nearby hospital.

There the doctors at once saw the condition of the old woman. After seeing the condition, the doctor assured the boy that the condition of the woman was not serious. However, after first aid, the old woman regained her sense. Now, Amzad Hossen inquired of her whereabouts and she told him that she had come to this town from a nearby village to beg. But having heard a very loud sound of a truck, she was at a loss and lost her sense. When the boy saw the condition of the woman, he took her to his house and gave her good food to eat. His mother also gave the woman some clothes to wear. On the boy’s request, his mother also gave the woman some money to go back home. The woman prayed much for Amzad Hossen and went back home happily.

Story on A Dutiful Boy

A Dutiful Boy Completing Story; Once a schoolboy named Ahsanullah way going home after completing his class. When he was crossing the road, he saw an old woman lying on the road. She was senseless. There was nobody to help her. Ahsanullah at once became concerned with the woman. He came to know that she had a collision with a baby taxi. He took the wounded and unconscious woman to the nearby hospital in assistance with a rickshaw puller.

The hospital authorities could not recognize the woman as Ahsanuilah did not know her. Ahsanullah became her custodian and took charge of her treatment cost. The woman came to life again. After some days she was fully cured. Now the question ‘where the woman will go’ was posted on. The woman replied that she would go to the home of Nabiullah. Ahsanullah became a little agitated and asked where Nabiullah’s home was. ‘Mmadnagar’ the reply was. “My village,” Ahsan thought to himself. “Nabiullah, my father and in this village there is only one Nabiuilah.“ The mystery became clear that the woman was Ahsan’s father’s only sister who never met her brother after her marriage. Ahsan warmly received her aunt and took her to his home with a happy heart. 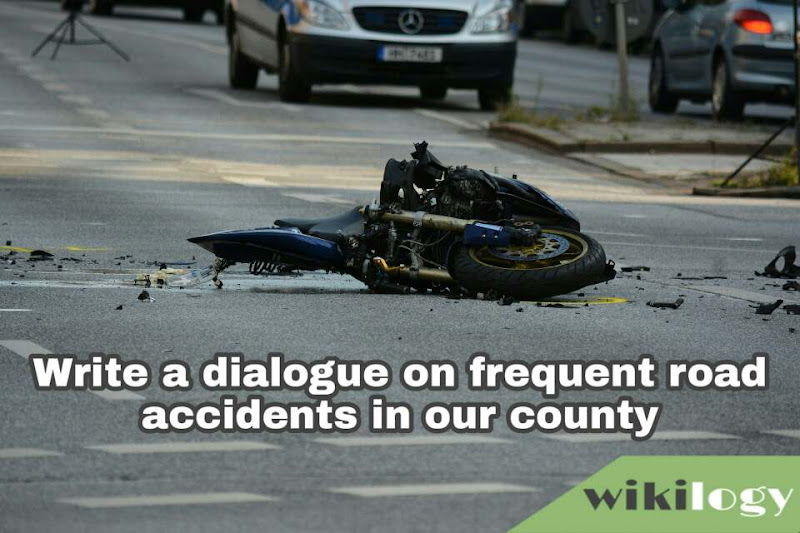 Write a dialogue on frequent road accidents in our county

How to Take a Screenshot in Xiaomi Redmi Note 4X: Capture SS

An Honest Schoolboy Completing Story: Honesty of a schoolboy