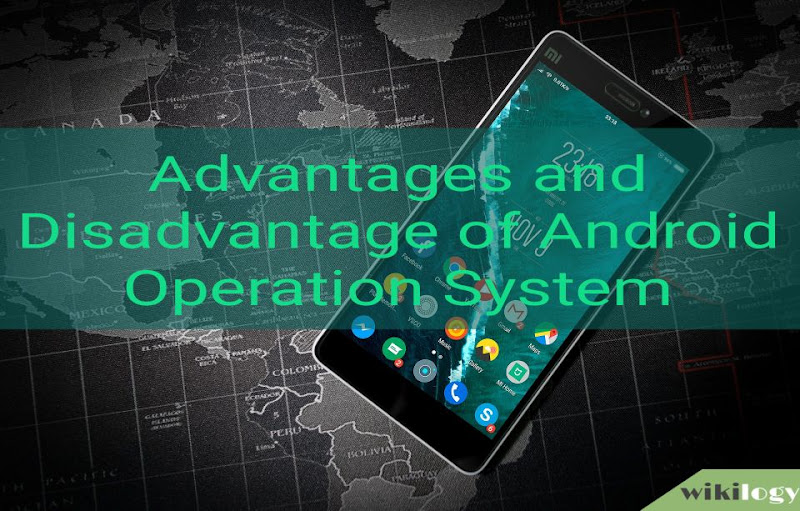 So, if you are interested in knowing in depth the main advantages of the Android operating system, as well as its disadvantages, to be able to compare with useful information and decide if this may be the system you need, consult the selection that we have made in the article on today.

Advantages of the Android operating system

This operating system offers a wide variety of advantages over others, which we present below and which must be taken into account, in order to be able to compare and exercise an accurate judgment and with data, on which one is better for our interests.

The first advantage of Android, and the most notable, is that it works with open source, which means that anyone can create applications and contribute to increasing its offer in the Android universe, the vast majority of them being free.

Another positive characteristic that defines this operating system, which emerges from the first, is the total freedom with which Android developers work to make all kinds of applications without limits and without asking for any kind of permission.

In addition to that, it is also noteworthy that Android does not depend on any manufacturer or operator to implement system improvements, which redounds to its level of freedom.

For all the aforementioned, Android is also the operating system that has a greater number of manufacturers and is present in most commercial brands, as well as users, which makes it the most used system.

To that fact we must also add the versatility of devices in which we can find this operating system, among which we can find. In addition to mobile phones, tablets, smartwatches, computers, GPS devices, and all kinds of latest generation appliances that have the technology needed to connect.

The android operating system also has a multitasking system that allows you to open different applications at the same time and make them work simultaneously, as well as put them in sleep mode if we are not using them.

All this will help us to work with more agility and also to save on memory and battery consumption since the system also allows us to close the applications that are not useful to us, while we work with others.

Thanks to the freedom that this system boasts. Another of its characteristic advantage is its great customization capacity, that is, the fact that Android users and manufacturers have a greater capacity for interaction and can personalize at their own expense. I like installing personal wallpapers, animations, or themes of all kinds.

So, thanks to Android, we can choose those themes, styles, or interfaces that best suit our taste, which will undoubtedly give a special touch to our devices.

Another remarkable fact of the Android operating system is that its own characteristics based on the freedom of creation and communication between its developers, encourage and enhance feedback between creators from all over the world.

That is why the system has the largest community in the world, always in constant movement and permanently generating all kinds of forums, collective events, and meetings of all kinds.

Disadvantages of the Android operating system

In addition to the advantages that we have reviewed, the Android system also has a series of disadvantages that must be taken into account if we want to know in-depth and in its entirety the characteristics of this operating system.

The first disadvantage of the Android system, and one of the best known, stems from its multitasking system and is the fact that the battery of the devices consumes more and, consequently, runs out much earlier, than in the case of other systems.

Thus, to save battery consumption, it will be necessary to download a series of external applications, as well as to optimize the general operation of our device, as also happens in excessive data consumption, for example.

There is a general impression among consumers that this operating system is somewhat more complex than the rest for inexperienced users since it is a bit complicated to configure, as well as being not very intuitive in general terms.

Thus, to improve the conditions of the device, a minimum of knowledge must be had, which also entails in some cases that inexperienced users can damage some elements of the system when trying to make changes.

3. Poor quality of some applications

Another characteristic derived from the open-source of Android is the fact that sometimes some applications are of low quality or end up being unnecessary for our team.

That is why it is always advisable to download those applications that we know and which we are sure of their usefulness, to avoid surprises in the future.

The fact of having an open-source also makes this system more susceptible to attacks since some hackers take advantage of errors in the system itself to attack it.

This is a factor that we must take into account if we are interested in acquiring an android device or we already have one, having a quality antivirus is crucial to avoid risking possible attacks.

Unlike other operating systems, Android does not have updated support that allows us to obtain the latest version of the equipment for our use and enjoyment.

This is undoubtedly one of the most characteristic drawbacks of Android, and that in the rivalry with other systems such as iOS, it loses significantly.

Since you know the main advantages and disadvantages of Android, judge clearly for you which is the best system,  that will depend on your needs and if it covers them to the maximum, do not hesitate to buy the equipment that you like the most.

How to Take a Screenshot in Xiaomi Redmi K20: Capture SS

How to Take a Screenshot in Xiaomi Redmi 6 Pro: Capture SS

How to Take a Screenshot in Xiaomi Redmi Note 9 Pro: Capture SS

How to Take a Screenshot in Samsung Galaxy Tab S6 5G : Capture SS

How to Take a Screenshot in Samsung Galaxy Note LTE : Capture SS