AIDS Essay/Composition; AIDS also known as Acquired Immune Deficiency Syndrome is actually not a single disease but a sum of various diseases involved in the immune system. It is one of the most life-threatening disorders in the world which has ended more than 35 million lives.

The cause of AIDS is HIV well known as the Human immunodeficiency Virus. Though there are many controversies about the origin of HIV, it is believed that HIV is transmitted to humans from a type of chimpanzee. It becomes a global concern when recognized in America in 1981. This virus gradually destroys our immune system and makes us vulnerable to several diseases.

AIDS is a disease that is hard to talk about.
-Bill Gates

Though AIDS spreads all over the world like a wildfire, the Africans were the main victim of it. The virus may spread one to another in different ways. As body fluids contain enough HIV to infect someone, so it is the main way to spread the virus. One can be infected by s*emen or vaginal fluids during sexual intercourse with an infected person. The virus can spread to children by breastfeeding if the mother is a carrier of HIV. HIV spreads in the bloodstream by sharing the same needles or syringes during blood donation or operations. Besides, cuts and sores in the skin are involved in further spreading. But other body fluids such as saliva, sweat, or urine are not responsible for spreading of HIV as they don’t contain enough virus to infect other people.

I’m not cured, but the HIV is asleep deep in my body.
-Magic Johnson

The incubation period of AIDS ranges from 9 months to 20 years. After this period the infected person may show symptoms like fever, tiredness, body rash, joint pain, muscle pain, swollen glands, etc. The virus acts on our immune system. Then it causes destroying the immunity of the body. In our body, there has a type of cell called CD4 cells. These cells improve the immune system and protect the body by destroying foreign bodies. As these cells involved in immunity, the HIV virus targets them and destroys. Thus the immune system of the body becomes weak and the body becomes vulnerable to various diseases. If the immune system becomes severely damaged, other signs can be seen in the infected person such as weight loss, night sweats, chronic diarrhea, skin problems, recurrent infections, etc.

Though there is no permanent treatment of AIDS, some steps should be taken by us to prevent the HIV virus. If anyone of a couple is infected, they should avoid sexual intercourse. People should avoid the use of needles, syringes, and razor blades by sharing. Infected mothers should not be allowed to give birth to a child or breastfeeding. By these steps, we may able to save from HIV.

Give a child love, laughter and peace, not AIDS.
-Nelson Mandela

In conclusion, we should raise awareness about AIDS among mass people. But it is our duty to treat and behave well with the infected persons so that they can feel free. As the virus has financial effects on the family of the infected, so the affected family should be helped financially and mentally by us along with the government. 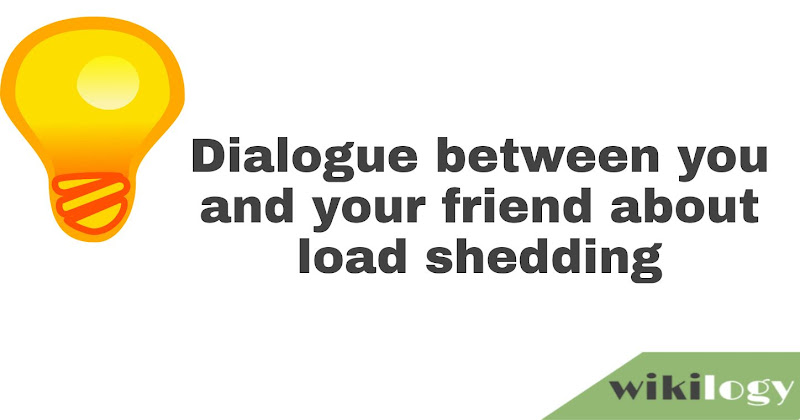 Dialogue between you and your friend about load shedding

How to Take a Screenshot in Samsung Galaxy V Plus : Capture SS

How to Take a Screenshot in Xiaomi Mi Pad 4: Capture SS