Deforestation Paragraph: Deforestation means cutting down trees in large numbers. It is the opposite of tree plantation. The causes of deforestation are many. Our country is the most densely populated country in the world. Its population is much more in proportion to its area. This huge population needs more accommodations, foods, lands, etc. For all these reasons people are cutting down trees. Besides, there are some dishonest people who cut down trees in our forests to make quick money. The effects of deforestation are too many to describe in words. This destruction disturbs the ecological balance to create problems. The existence of animals in the forest is going to be threatened. Because of deforestation carbon dioxide is increasing worldwide day by day. As a result, the world is becoming warmer. For this, global warming has been increasing day by day. The sea level has been rising.

Besides many parts of the world are going to be engulfed by the sea in the recent future. On the contrary, new areas of the world are turning into great deserts just because of deforestation. The removal of trees randomly causes birds and other animals living on them to leave the place. It also causes serious damage to the soil, as trees give protection to the soil as well. In the end, the soil gets sediment in the riverside. Finally, it causes frequent devastating floods.

So, if we destroy trees randomly, one-day our country will turn into a great dessert. As many living animals and birds live in trees, they will not find any food or shelter to live in. Hence, they will be destroyed too. Again there will be no rain. As a result, our agriculture will face a great crisis like drought. The temperature will rise and it will cause the greenhouse effect. The country will be unsuitable for living. Consequently various natural calamities like floods, drought, storm, etc. will visit our country. Govt. should take immediate measures to prevent deforestation. Govt. as well as conscious people should make general people aware of tree plantation. We should make them aware through mass media. Tree plantation programs should be extended throughout the whole country.

Paragraph on Deforestation: Deforestation means the act of cutting down or burning the trees indiscriminately in an area. Nowadays it has become a global problem. There are many causes of deforestation. Among them, the population explosion is the main cause of deforestation. People use wood for different purposes. They are cutting down trees indiscriminately as they need shelter, agricultural land, fuel, mature, etc. There are many impacts of deforestation on human beings, fauna, nature, and climate. If people cut down trees at random, one day a number of regions will turn into deserts.

If there is no tree, here will be no rain too. Consequently, our farmer will face a great crisis. The temperature will rise and it will cause the Green House Effect. The sea level will rise and the low-lying countries of the world will go underwater. Moreover, deforestation leads to many ecological damages. As a result, it affects the flora and fauna of the area. Besides, it disturbs the food chain and the hydrological cycle. To get rid of this problem, social awareness should be raised. We should tell people regarding the bad effects of deforestation. For this purpose, we can rise a tree plantation program through print and electronic media. Besides, Govt. should make strict laws and implement these laws to reduce deforestation. After all, if we want to save our planet, we must protect our forests.

The world is becoming warmer. The heat of the sun is trapped inside the atmosphere. As a result, the polar ice caps of the north pole are melting. As ours is a low-lying region, it may one day go underwater. Therefore, Govt. should take effective measures to prevent deforestation. Moreover, Govt & NGO should introduce a tree plantation program. If one cuts down a tree, one should plant two trees. Besides, we should raise public awareness to grow more plants and trees.

Deforestation may be regarded as removal or clearing of trees at random. It is a process where a forest becomes a non-forest. It may occur due to natural disasters like wildfires or induce by human beings. The reasons behind deforestation are a lot. But human activities are directly responsible for it. Trees in the forest help in maintaining oxygen and carbon-di-oxide balance in nature. We get food from them. They are also habitat for many birds and beast. Forest contributes to maintain enough rain in a certain region and beautify nature.

But thankless humans pay their due by destroying them. As farmers need more land for cultivation, they go to clean forests to expand their agricultural land. Poor people also cut trees for habituation. Trees are cut down for timber which is used as fuel, in construction or to make furniture. Deforestation has very drastic effects on both humans and nature. Decrease the number of the tree leads to rising carbon-di-oxide and lack of oxygen in the atmosphere. This results in severe lung diseases such as bronchitis in humans and animals.

It causes serious soil erosion. Ecological balance is also disturbed by deforestation. Many wild animals and birds, as well as beasts, lose their home. Global warming is an alarming consequence of deforestation. As a result temperature of the atmosphere is increasing and ice of the polar region is melting very fast. For this, we have to face various devastating floods. Drought may occur due to deforestation. But it should not be continued. We should find an alternative source of fuel. Cutting down of trees for agricultural expansion should be stopped. We need to use steel as a construction material instead of wood. Social awareness is the best way to concern people about the drastic consequence of deforestation. At last, the Government must take functional initiatives to stop the cleanse of forest indiscriminately.

Short paragraph on deforestation; The indiscriminate cutting of trees (which is) known as deforestation, has become a problem haunting the whole world. And the aftermath of deforestation is known as Green House Effect. However, the greenhouse is a glass-made house made to protect the plants of the polar region from frost and cold weather by trapping the heat of the sun. As a result of the increasing amount of Carbon-di-oxide, the earth itself has become synonymous with a greenhouse resulting in global warming which hastens the melting of the ice of the polar region. Consequently, the sea level is rising. Any time in the future, seas may engulf the lower portion of the earth. However, specialists do opine that at least 25 % of the total land area of a country should be forestland.

But unfortunately, only 17 % of the total land area of our country(Bangladesh) is forestland. The amount is also gradually decreasing. And our heart receives a massive blow when we come to know the alarming message from eco-specialists that the aforementioned l7 % is simply in the paper, not in reality. In fact, the massive program should be taken to save our nature from the filthy clutch of deforestation. To meet up the basic needs of food and housing, we are destroying forests without caring for the ecological consequence. Green patches of land are not anymore green. It results in soil erosion and deprives us of fruit and timber and causes economic loss. New areas of the world are getting deserts as an immediate effect of deforestation. So we have to realize the bad effects of deforestation.

In fact, God has created trees for multifarious purposes. In addition to the purpose of the beautification of the mother earth, trees also serve the purpose of providing food and shelter to both humans and animals. They also provide us with fruits, flowers, oxygen, timber, and fuel as well. They are, in fact, our best friends. Trees are also vital elements of our eco-system. They make our environment worth living. The bio-diversity of the earth depends greatly on the trees. Nevertheless, we are destroying them mercilessly. Instead of it, we have to educate our common people and persuade them to stop cutting down trees, otherwise, the forest of our country will slowly disappear and we would be in the midst of fathomless miseries. So deforestation should be stopped now.

Not only this, more and more trees should be planted to meet up the loss. In fact, our Government should take the necessary steps to save us from the scaring aftermaths of deforestation or the Green House Effect. Mass Media can also play a vital role to improve the condition by creating mass-awareness and by enthusing people to plant more and more trees. In fact, we all should engage ourselves in a tree plantation program so that the flora and fauna of nature may survive in an eco-friendly atmosphere.

At WriteMyPaperHub you can find a paragraph writer online who will help with your essay or research paper on any topic. 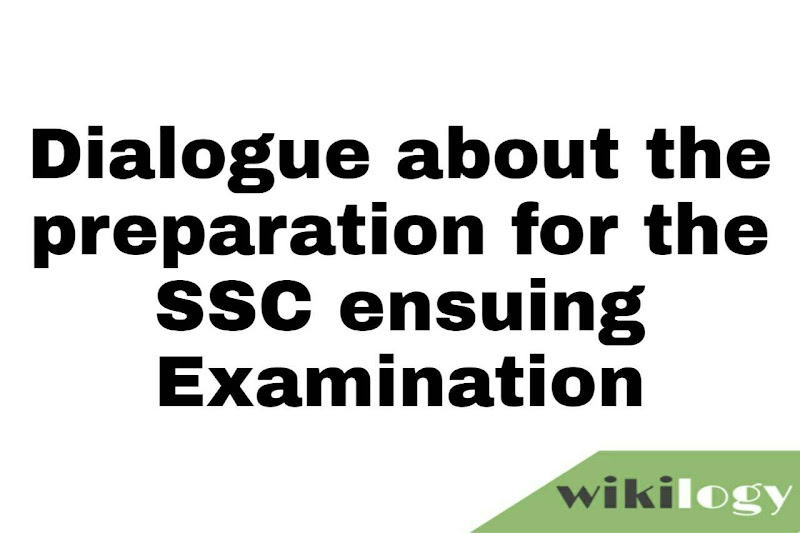 Dialogue about the preparation for the SSC ensuing Examination

Essay on the Importance of Learning English: Essay-Composition

How to Take a Screenshot in Samsung Galaxy S II TV : Capture SS

How to Take a Screenshot in Samsung Galaxy S4 : Capture SS