Home Article Earn $1,000,000! The Millennium Prize Problems (How to be a millionaire)

On 24 May 2000, the Clay Mathematics Institutes declares seven problems in mathematics and each of the problems carries a US$1,000,000 prize for the first correct solution. What are the 7 math millennium problems? Unsolved math problems for money. The 7-millennium math problems are–
1. P versus NP problem,
2. Hodge conjecture,
3. Poincaré conjecture,
4. Riemann hypothesis,
5. Yang-Mills existence and mass gap
6. Navier–Stokes Equation,
7. Birch and Swinnerton-Dyer conjecture.
In 2003, the Poincaré conjecture problem is solved by a Russian mathematician named Grigori Perelman.

P Versus NP Problem; Suppose that you are organizing housing accommodations for a group of four hundred university students. Space is limited and only one hundred of the students will receive places in the dormitory. To complicate matters, the Dean has provided you with a list of pairs of incompatible students and requested that no pair from this list appear in your final choice. This is an example of what computer scientists call an NP-problem since it is easy to check if a given choice of one hundred students proposed by a coworker is satisfactory (i.e., no pair were taken from your coworker’s list also appears on the list from the Dean’s office).

However, the task of generating such a list from scratch seems to be so hard as to be completely impractical. Indeed, the total number of ways of choosing one hundred students from the four hundred applicants is greater than the number of atoms in the known universe! Thus no future civilization could ever hope to build a supercomputer capable of solving the problem by brute force; that is, by checking every possible combination of 100 students. However, this apparent difficulty may only reflect the lack of ingenuity of your programmer.

In fact, one of the outstanding problems in computer science is determining whether questions exist whose answer can be quickly checked, but which require an impossibly long time to solve by any direct procedure. Problems like the one listed above certainly seem to be of this kind, but so far no one has managed to prove that any of them really are so hard as they appear, i.e., that there really is no feasible way to generate an answer with the help of a computer. Stephen Cook and Leonid Levin formulated the P (i.e., easy to find) versus NP (i.e., easy to check) problem independently in 1971.

Hodge Conjecture; In the twentieth century, mathematicians discovered powerful ways to investigate the shapes of complicated objects. The basic idea is to ask to what extent we can approximate the shape of a given object by gluing together simple geometric building blocks of increasing dimension. This technique turned out to be so useful that it got generalized in many different ways, eventually leading to powerful tools that enabled mathematicians to make great progress in cataloging the variety of objects they encountered in their investigations. Unfortunately, the geometric origins of the procedure became obscured in this generalization. In some sense, it was necessary to add pieces that did not have any geometric interpretation. The Hodge conjecture asserts that for particularly nice types of spaces called projective algebraic varieties, the pieces called Hodge cycles are actually (rational linear) combinations of geometric pieces called algebraic cycles.

Poincaré Conjecture; If we stretch a rubber band around the surface of an apple, then we can shrink it down to a point by moving it slowly, without tearing it and without allowing it to leave the surface. On the other hand, if we imagine that the same rubber band has somehow been stretched in the appropriate direction around a doughnut, then there is no way of shrinking it to a point without breaking either the rubber band or the doughnut. We say the surface of the apple is “simply connected,” but that the surface of the doughnut is not. Poincaré, almost a hundred years ago, knew that a two-dimensional sphere is essentially characterized by this property of simple connectivity, and asked the corresponding question for the three-dimensional sphere.

Riemann Hypothesis; Some numbers have the special property that they cannot be expressed as the product of two smaller numbers, e.g., 2, 3, 5, 7, etc. Such numbers are called prime numbers, and they play an important role, both in pure mathematics and its applications. The distribution of such prime numbers among all natural numbers does not follow any regular pattern.  However, the German mathematician G.F.B. Riemann (1826 – 1866) observed that the frequency of prime numbers is very closely related to the behavior of an elaborate function

called the Riemann Zeta function. The Riemann hypothesis asserts that all interesting solutions of the equation

This has been checked for the first 10,000,000,000,000 solutions. A proof that it is true for every interesting solution would shed light on many of the mysteries surrounding the distribution of prime numbers.

Yang-Mills Existence and Mass Gap; The laws of quantum physics stand to the world of elementary particles in the way that Newton’s laws of classical mechanics stand to the macroscopic world. Almost half a century ago, Yang and Mills introduced a remarkable new framework to describe elementary particles using structures that also occur in geometry. Quantum Yang-Mills theory is now the foundation of most of the elementary particle theory, and its predictions have been tested at many experimental laboratories, but its mathematical foundation is still unclear.

The successful use of Yang-Mills theory to describe the strong interactions of elementary particles depends on a subtle quantum mechanical property called the “mass gap”: the quantum particles have positive masses, even though the classical waves travel at the speed of light. This property has been discovered by physicists from experiments and confirmed by computer simulations, but it still has not been understood from a theoretical point of view. Progress in establishing the existence of the Yang-Mills theory and a mass gap will require the introduction of fundamental new ideas both in physics and in mathematics.

Navier–Stokes Equation; Waves follow our boat as we meander across the lake, and turbulent air currents follow our flight in a modern jet. Mathematicians and physicists believe that an explanation for and the prediction of both the breeze and the turbulence can be found through an understanding of solutions to the Navier-Stokes equations. Although these equations were written down in the 19th Century, our understanding of them remains minimal. The challenge is to make substantial progress toward a mathematical theory which will unlock the secrets hidden in the Navier-Stokes equations.

Birch and Swinnerton-Dyer Conjecture; Mathematicians have always been fascinated by the problem of describing all solutions in whole numbers x,y,z to algebraic equations like

Euclid gave the complete solution for that equation, but for more complicated equations this becomes extremely difficult. Indeed, in 1970 Yu. V. Matiyasevich showed that Hilbert’s tenth problem is unsolvable, i.e., there is no general method for determining when such equations have a solution in whole numbers. But in special cases, one can hope to say something. When the solutions are the points of an abelian variety, the Birch and Swinnerton-Dyer conjecture asserts that the size of the group of rational points is related to the behavior of an associated zeta function ζ(s) near the point s=1. In particular, this amazing conjecture asserts that if ζ(1) is equal to 0, then there are an infinite number of rational points (solutions), and conversely, if ζ(1) is not equal to 0, then there is only a finite number of such points.

Rules for the Millennium Prizes 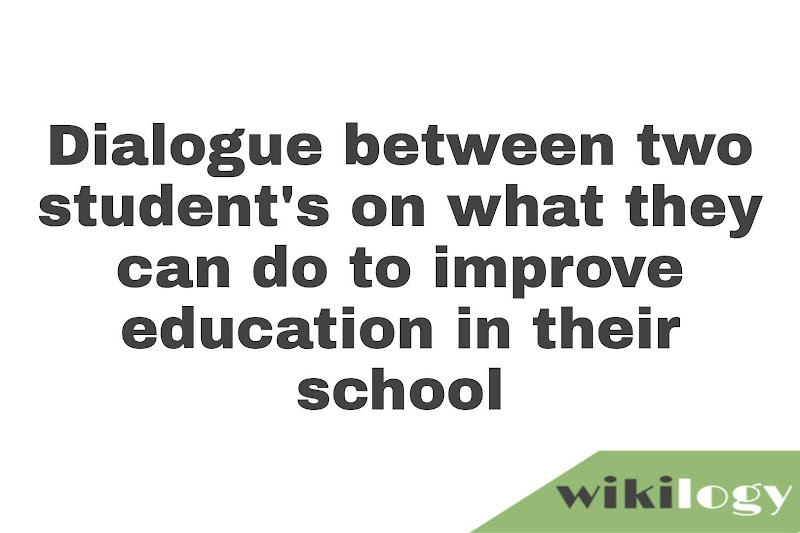 Write a dialogue on how to improve education in school

How to Take a Screenshot in Samsung Galaxy Note 20 5G : Capture SS

Paragraph on Corruption- suitable for all class students

How to Take a Screenshot in Samsung Galaxy J3 Pro : Capture SS