Story on The truthfulness of Hazrat Abdul Quadir Zilani

The truthfulness of Hazrat Abdul Quadir Zilani Story: In Hazrat Abdul Quadir Zilani’s (R) boyhood, he was going to Baghdad for education. On the eve of his departure from home, his mother told him, “My son, never tell a lie at all and don’t get frightened in danger.” Baghdad was far away from his hometown. However, He began his journey in the company of a band of merchants.

The route was infested with robbers. After five days, they were attacked by a gang of robbers. The robbers looted all the valuable goods from them. At the time of looting, one of the robbers came to Abdul Quadir Zilani. The robber said, “You’re a little boy. Perhaps you have no valuable thing, do you have?” Without any fear, Abdul Quadir Zilani (R) said, “I have forty gold coins with me.” “Forty gold coins! Where are they?” said the leader of the robbers.

After that, Abdul Quadir took out the gold coins which were sewed inside his shirt. Then he handed over the gold coins to the robbers. By that time the leader robber said, “You are a fool boy. We’d never find these coins at all. Why are you giving them willingly?” Without any fear, Abdul Quadir said, “I’m not a fool boy. I’m a truthful boy. My mother advised me never to tell a lie. How can I disobey my mothers’ advice sir?” Hearing this, the leader of the robbers became surprised. He gave the coins back to Zilani and also the goods to the merchants. He also promised to give up robbery.

Story on An Instance of Truthfulness

An Instance of Truthfulness Story; In his boyhood, Hazrat Abdul Quadir Zilani (R) was going to Baghdad for education. On the eve of his departure from home, Zilani’s mother said to him, “My son, never tell a lie and don’t get frightened in danger”. Baghdad was far away from his home. He began his journey in the company of band of merchants. The way was infested with robbers and after five days a gang of robbers fell upon them and plundered their belongings and money.

Read more> The Honesty of a Rickshaw Puller Completing Story

On their way up, the chief of the robbers asked Abdul Quadir whether he had anything valuable with him or not. Abdul Quadir boldly replied, “I’ve forty gold coins sewed in my shirt”. The leader of robbers felt surprised and said, “You might not have disclosed the fact”. The leader asked him why he had told them the truth. Abdul Quadir told them that his mother‘s saying of not telling a lie even in danger. He told them that to tell a lie is a great sin and everyone should always speak the truth. The robbers were highly astonished by the godliness of the boy. They felt ashamed of their deeds and gave up robbery. 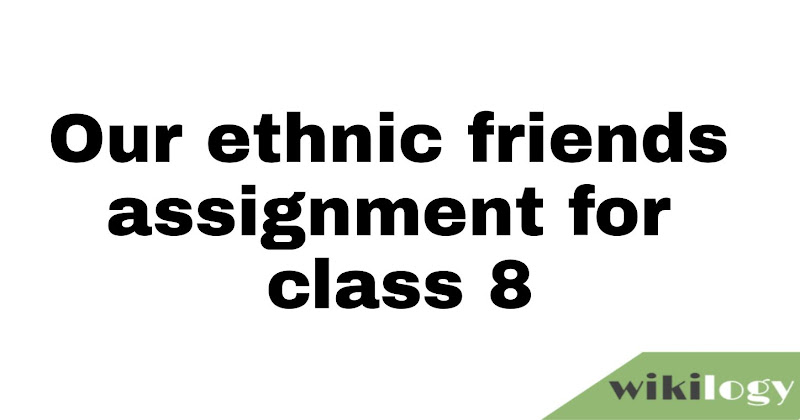 Our ethnic friends (2)- assignment for class 8

Write a letter about the tour you have undertaken